Crates are considered necessary by most dog professionals when sharing your life with a dog. Crates can be a very effective management tool. They are beneficial in the house-training routine of a new dog. When there are too many visitors in the house or little children are in danger of pestering your dog, they can be a lovely place for him to go and relax peacefully. They’re frequently advised for properly transporting dogs in vehicles, and they can also serve as a great, comfortable spot for your dog to relax in the day. But confinement anxiety in dogs is the most common problem for dog owners.

What is Confinement Anxiety?

The fear of being confined to one area in dogs is known as Confinement anxiety, and it extends far beyond not being good in a crate. The extent of this space varies for each dog, but it can range from a crate to a bedroom or a fence in the backyard. When a dog realizes it can’t move freely, fear, destruction, and serious escape attempts begin, perhaps resulting in harm to your dog and property devastation. Although the specific cause of Confinement anxiety in dogs is unknown, some ideas suggest that it begins during the childbirth process if/when the mother has problems passing through the birth canal.

Because these dogs’ minds work uniquely, restricting them to a tiny environment can often increase their anxiety and stress levels. Imagine getting stuck in a crowded elevator or stuck in traffic in an underground tunnel. Even those of us who do not suffer from anxiety may feel tense or uneasy. When you add in an anxiety problem, you’ve got yourself a full-fledged panic attack.

A dog’s panic in a crate can be caused by a variety of factors, including separation anxiety.

Signs of confinement anxiety in dogs

Before the visible terror begins to show, certain indications can be seen at a young age that are clues of Confinement anxiety. Jumping over a baby gate regularly, jumping up on doorknobs and opening doors when they want to come inside, and a rapid and repetitive darting motion when waiting for the backdoor to open are all signs. These indications do not always indicate that Confinement anxiety is on the horizon, but they are frequently seen in a full-fledged Confinement anxiety dog.

Targeted destruction near windows and doors

It’s seen dogs rip up the carpet around doors, gnaw holes in them, and nibble the door jams. It’s also seen a lot of shattered window blinds and scratch marks on windowsills from the dog trying to get out the window.

Successful Escapes from the crate

It’s been observed that escape artist dogs bend wire crates’ bars and squeeze through the tight opening created by the bent bars. Dogs have chewed holes in plastic crates, and we’ve seen them push their heads up to the crate door so hard that it bends, allowing them to escape.

Failed Escapes from the crate

Because the dog is still housed and hasn’t escaped, these are a little more difficult to identify. Multiple chew marks at the crate door, deep scrapes near the crate door or on the crate floor, and bite marks on the crate bars, on the other hand, are all indications that your dog has been attempting to escape.

Biting crate bars or chewing their way through doors or windows causes many dogs to lose some of their teeth. It’s also not uncommon to witness shredded paws or broken nails as a result of digging up carpet or scratching at the crate door repeatedly.

Certain physical indicators will be present in your dog. You may notice panting, heavy drooling, dilated pupils, and spinning, these are triggered by Confinement anxiety.

How To Deal With Confinement Anxiety in Dogs

Confinement anxiety is more difficult to manage than separation anxiety since it has a higher proclivity to worsen over time. Giving a dog with Confinement anxiety extra space isn’t always the best solution. If your dog is escaping the crate, it may be sensible to place him in a larger space, such as a restroom.

However, the bathroom will ultimately become too small for the dog, who will chew a hole in the door and escape. Allowing your dog free rein of the house is the next step, but now the dog is attempting to escape through the doors and windows. The next natural step may be to build a doggy door, allowing them to freely enter and exit the house.

Unfortunately, many dogs will begin to feel limited in that space and will begin to chew, squeeze, or jump through the outdoor fencing. A dog will eventually need acres and acres of space to roam freely and not feel constrained. 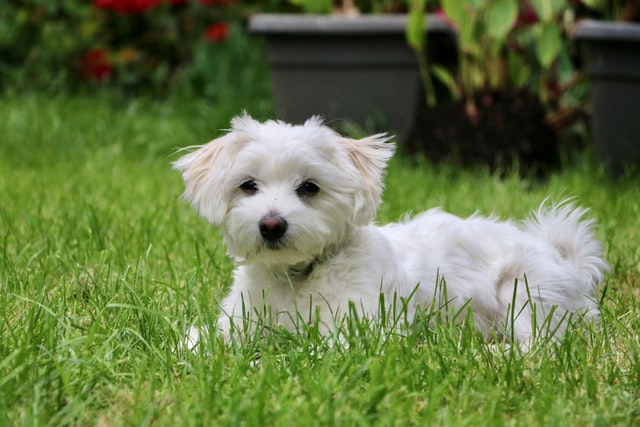 Maltese dogs can have separation anxiety when their owners leave them home alone. Maltese dog separation anxiety can be treated using patience and understanding, but also medication in more severe cases. In some cases, Maltese might have a fear of being left alone that is so intense it rises to the level of a panic… 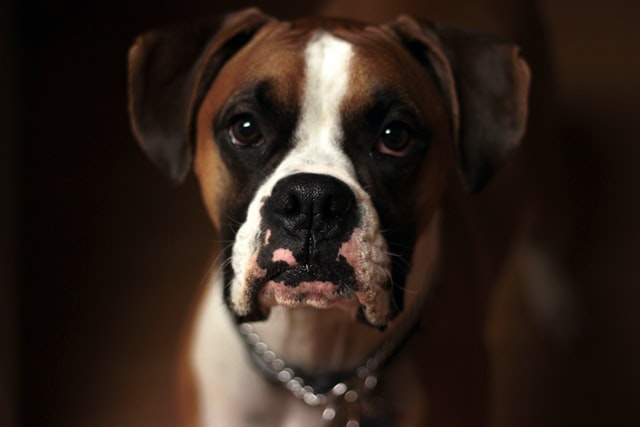 When you leave the house, does your dog appear a little tense? Do you come home to see your stuff ruined? Is your dog unsteady with excitement when you get home? If you responded yes to any of these questions, your dog may be suffering from separation anxiety. Dogs are group animals who enjoy the… 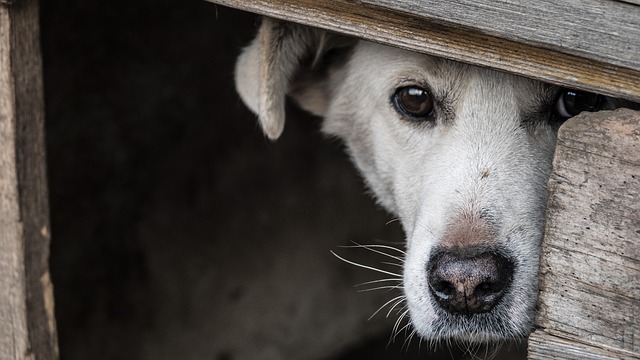 Imagine your dog playing in the park or elsewhere, and all of a sudden he tries to hide somewhere. Strange, isn’t it? Is that buzzing sound of a fly irritating or traumatizing your pet dog? Is your animal acting terrified, unfamiliar, and annoyed around flies? Today, I will tell you about Why Dog Have a… 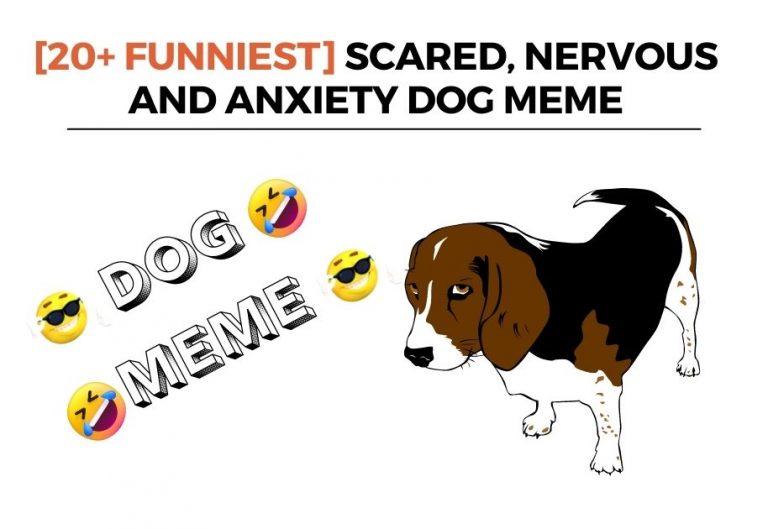 Dogs are known to be funny, loving, and lovable animals that can brighten up anyone’s day. While many people know this about their furry friends, they don’t realize just how funny dogs can actually be when it comes to being scared of certain things. The meme below gives a great example of some hilarious reactions… 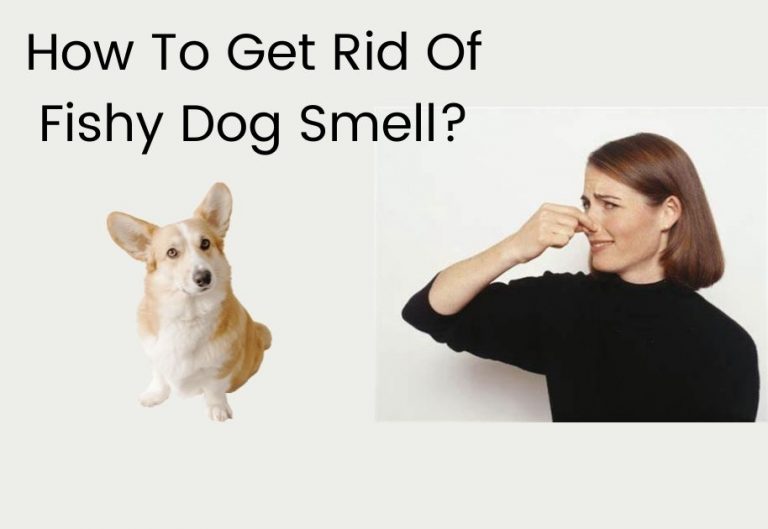 A good dog is a clean dog. If your pooch smells fishy So, you will think that “How to get rid of Fishy Dog Smell?” it’s most likely due to the fact that he’s been rolling in something stinky. While you can bathe your canine companion regularly to get rid of the fishy smell, there… 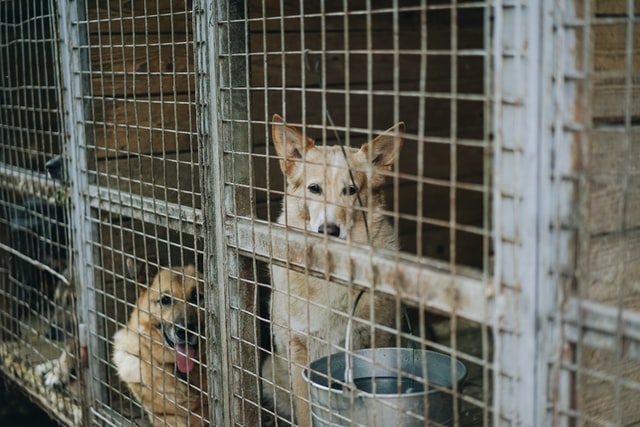 Your dog is displaying symptoms of separation anxiety. This indicates she feels uneasy about being left at home alone. It is not normal for dogs to be separated from their social group (you) for extended periods because they are sociable creatures. Some Dog Breeds can be left alone without incident. Unfortunately, your dog is not…